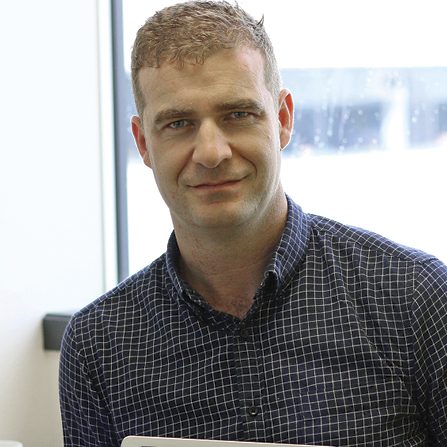 A successful tech entrepreneur will speak in Rotorua to share his journey of growing a successful global tech business from the regions.

Hadleigh Ford is CEO and founder of SwipedOn, one of New Zealand’s fastest growing Software as a Service (SaaS) companies.

The business focuses on one core product; an elegant iPad-based visitor management system that replaces outdated visitor books. Its sleek, simple and modern design has been attributed to its success.

The SwipedOn app is used in more than 2000 cities worldwide. Their customer base is largely in the UK and US followed by Canada, Australia and New Zealand.

Ford will speak at the Rotorua X Connect networking event on Wednesday 27 June as part of the 2018 Taiopenga Hangarau Rotorua Tech Festival.

He will share his story of growing the business from an initial idea to expanding to a team of seventeen staff.

Ford says he is looking forward to being part of the tech festival.

“Events like these are great to raise the profile of the tech industry, especially in the regions where tech can be somewhat overshadowed by a focus on primary industries.”

“You can start a business from anywhere. There’s no reason why we can’t have our own ‘Silicon Valley’ in the Bay of Plenty.”

With no background in tech, Ford emphasises that anyone with a good idea and perseverance can be successful.

Hadleigh believes the reason SwipedOn is so successful is his team and just sheer determination.

“Our people have been critical to our successful growth. Going from just me to bringing another person into the business made a huge difference. As our headcount doubled, so did innovation and what we could achieve. ”

“One of the things I would say to anyone starting out or trying to grow a business is get good people onboard early. You end up being more effective. And this includes using advisors too.”

“You also have to have perseverance and not give up. There have been so many times things got hard, life threw me some curve balls and I could have walked away and given up.”

“But I stuck with it and now the sky’s the limit. We have some big plans and other exciting ideas for product development in the pipeline.”

The tech festival runs from 26-28 June. For event details and to register go to www.bit.ly/techfest18


Warning: Use of undefined constant php - assumed 'php' (this will throw an Error in a future version of PHP) in /home/customer/www/rotoruax.nz/public_html/wp-content/themes/RotoruaX/single.php on line 59