“Our lessons come from the journey, not the destination.” Don Williams Jnr

As with all good things, we started with an idea.  A simple idea really, that there had to be a better way for the business community to come together.

The premise was a networking group that focused on inspiration, leadership and – dare we say it – fun!

A vision was born of a networking group that had no speakers touting their products and services.  Rather speakers spoke of the journey, the ups and downs of success and parting their wisdom along the way.  An informal, informative and relaxed atmosphere over a glass of wine.

So a group of young (well, youngish) professionals led by Darren McGarvie decided to launch an innovative networking forum for generation X and Y to come together on a regular basis. Rotorua X was born and the inaugural event held in June 2009 with 12 attendees.

As with all goods things, over time we have grown and evolved.  From our simple beginnings, we are now the fastest growing professional and business group in the wider Bay of Plenty.  And event attendance and community engagement continues to accelerate.

Our monthly Connect is our flagship event and follows a similar format from our first event all those years ago.

But to make a difference to the Rotorua community we recognised we needed to do more.

We passionately believe to improve the prosperity of Rotorua, the business community needs support and leadership.  Rotorua is a fantastic place to live, but a lot of Rotorua is highly deprived.  To help improve this, Rotorua X has a mission to encourage and develop economic growth in the region.

In 2014, we launched a range of programmes and initiatives to support businesses, both new and mature, succeed:

Our events and programmes are only possible with the generosity of our sponsors and the many people who donate their time and services.

Rotorua X was founded in 2009 to provide inspirational stories, leadership development, business education and connectivity for the future leaders, business owners and professionals in the Rotorua District.

Our monthly Connect events have conservatively hosted, connected, educated and inspired more than 1,000 business people over the past five years.

Our mission is to improve the leadership and collaboration of the business community driving sustained economic growth and well-being of the Rotorua District.

Our values are truly EPIC: Exciting, Pioneering, Innovative and Collaborative.

Rotorua X reflects a collaborative mindset, a willingness and an energy to develop as an individual, business or social enterprise and actively participate in the growth of our economy and community.

Welcome to the Rotorua X community!

At Rotorua X, we get a tremendous buzz out of new faces and seeing our amazing fraternity grow.

We are a community of like-minded individuals.  We don’t bother with formal membership.  Rather we are building a movement of people passionate about success and the prosperity of the Rotorua district.

We are not just about business.  We provide inspiration to be a leader.  To be the best at what you do as an individual, a business, a social entrepreneur or as an athlete.

What’s in it for you?

Best of all, it is easy!  There is no membership and no money to be paid.  Just subscribe to our newsletter or follow us on Facebook or LinkedIn.

We look forward to seeing you at one of our events.

Like all successful enterprises, Rotorua X wants to ensure its future sustainability.

For the first few years, our events were organised by a core team.  While it worked very well, there was no real structure and no certainty for the future.

Rotorua X founder Darren McGarvie had a bigger vision.  To ensure our sustainability Rotorua X was formalised as a Charitable Trust in 2013.  A Trust Deed was developed and a Board of Trustees appointed.

The Board meet on a regular basis to provide oversight and governance for the strategic direction of Rotorua X. 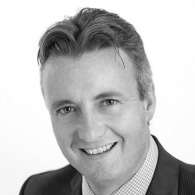 Darren has had a long and successful career helping businesses develop by working in a number of corporate positions, primarily in the financial services sector. These roles allowed him to work with a broad range of business people from farmers to entrepreneurs to large corporate entities and local government.

He has also started businesses in IT, construction and entertainment industries, allowing him to understand from a personal perspective the challenges of entrepreneurship and sustaining successful businesses.

His business acumen has been recognised with receiving many awards for his professional abilities, including 2012 Chamber of Commerce Emerging Business Person of the Year the 2013 Institute of Directors Aspiring Director Award. 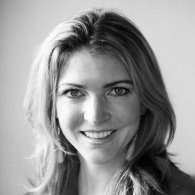 After completing a Bachelor of Law and a Bachelor of Sciences at the University of Waikato, Anna’s career began as an ecological consultant. Following this role, she spent five years in planning and policy for both the district and regional councils.

Since 2010 Anna has been dedicated to the Rotorua Te Arawa Lakes Programme.   Anna is passionate about environmental sustainability and ensuring that future generations have a clean, beautiful environment to enjoy.

Anna’s business acumen and leadership was recognised with winning the 2013 Emerging Business Leader of the Year Award at the Rotorua Business Excellence Awards. 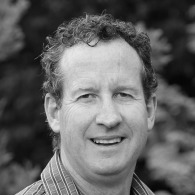 Clive operates his own business as a licensed employment relations consultant for EMA (Employers Manufactures Association) working with organisations located in the Bay of Plenty and South Waikato regions across all industries.

With over 25 years’ experience in industrial relations and human resource management, Clive’s has a reputation for providing quality ‘people’ services.

As a Rotorua X trustee, Clive is passionate about seeing businesses prosper and working with like-minded people to help build a thriving local economy. 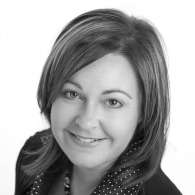 Rachael McGarvie is the owner and director of Flair Marketing, launched in 2012. After many years working in a range of organisations as a senior marketer, Rachael established her own marketing consultancy with Flair Marketing.

Her marketing acumen has been gleaned from 20 years’ experience in strategic communication working for and with a broad range of public and private sector organisations in New Zealand and Australia.

Rachael has worked with small businesses, large corporates, local government and non-profit organisations. This has included Bay of Plenty Regional Council, Bank of New Zealand, Cardmember Wines and as an Account Manager in various direct marketing companies working with clients such as Firestone, Lancôme and many more. 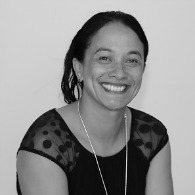 Born and bred in Rotorua, Renee has enjoyed developing her profession as a marketer in the cultural heart of New Zealand. She has worked primarily in the tourism industry and previously in local government.

This year she took on a new challenge in a new sector increasing the brand and service of EMA (Employer Manufacturers Association) in the Bay of Plenty and South Waikato regions.

As a trustee for Rotorua X, Renee is thrilled to be part of a social enterprise organisation aimed at building business entrepreneurship, leadership and connectivity in the district.

Julia’s background lies heavily in the event and media industry. Ranging from all ends of the spectrum – PR, Event Management and Co-ordination, Media Reviewing and Promotions. She is the National Brand and Sales Manager for Motion Entertainment, New Zealand’s largest indoor entertainment complex. Prior to this she has held key roles including the Head of Sales for several tourism publications in the Central Plateau at the young age of 23.

Her success has been recognised with a multitude of awards such as New Zealand Radio Awards Best Regional Sales Team 2017.

Julia joined Rotorua X as she is passionate about the district, giving back to the community and expanding her skill set with governance.

Rotorua X is making a real impact on the Rotorua economy helping create a vibrant and energetic business and charitable community.

Since our auspicious beginnings in 2009 we are now the fastest growing professional business group in the wider Bay of Plenty.  We have gained momentum with event attendance and community engagement continuing to grow.

Over the years we have had an incredible line of speakers including:

CALENDAR: Check out the full calendar of exciting events 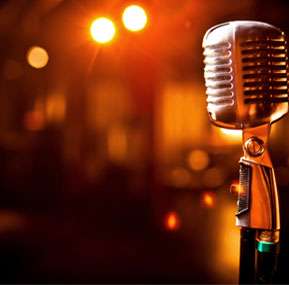 CONNECT Our monthly event where you can meet like-minded people, hear inspirational journeys and expand your professional networks.